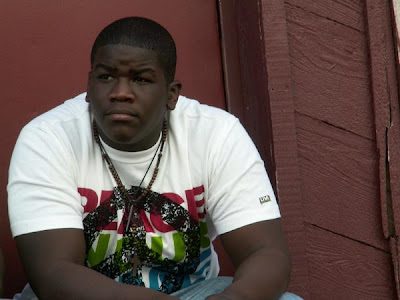 I think we can all agree that Converse and Music will be linked forever.  Examples include the release of the "My Drive Thru" track in the summer. Also there have been a bevy of collaborations featuring Kurt Cobain, The Doors, Black Sabbath, The Grateful Dead, AC/DC, Metallica, Pink Floyd, The Who, and I am sure there will be more in the future.  The majority of these releases have been Chuck Taylor All Stars with a few other models thrown in here and there.
Collaborations haven't been exclusive to Rock acts though, a few years ago Converse and Mos Def joined forces for a Chuck Mid and a Weapon release.  And I know we've all seen the Black Patent/Red Product (RED) Lupe Fiasco chucks in high and ox.  In fact I am sure there are others that I am forgetting.
All of this brings me to the up and coming artist SUBMiT.  It turns out that the the resident of Marietta, Georgia is a fan of Converse.  I was fortunate enough to get an interview with SUBMiT and you will see below.


The Converse Blog:  I've read that you started out as a poet and then transitioned into a recording artist, how important has your foundation in poetry been to your music?


SUBMiT:  Yeah. I think that one of the things that a lot of people lack in their approach to hip hop and music in general is emotion. Poetry is possibly the most emotional form of writing. It's not constricted by counts or bars or measures, blah blah blah. It's very raw expression. I think that an artist has to learn to express him or herself without the confines of tempo, then it's easier to learn to rap within the beat rather than against it. The emcee's voice should be another instrument in the music, not just an overlay.


TCB:  How did your moniker, SUBMiT, come about?

SUBMiT:   I think that there is so much more power in the act of submission than it gets credit for. A phrase that I've come up with is that "There's rebellion in the submission." I want my life to be a submission to God, and His will for me. In that submission there is a lot of rebellion from the World's version of sanity. I came up with the name to remind me that God's the reason I do this. And I spell it with a lower-cased "I" to remind myself that things going on around me (I) are a lot bigger than me. There are plans that transcend what "I" do. I'm complicated like that. [laughs]


TCB:  Where does your inspiration for your music and life come from?

SUBMiT:   Lots of things. A song off my next collection is almost a word for word conversation that I've had. Actually lots of my inspiration comes from conversations. I mostly write about things I see. Life is inspiration for me. And you can't have life without God. So ultimately it all comes back to my faith. That's why I do this music thing.

SUBMiT:  I've thought about that a lot. I think I'm more of an artist who is a Christian. I have lots of songs that stem from my faith but because of the light that I put them in, they're applicable to anyone. I really just write about what I see and who I am. If I see cool clothes, I write about cool clothes. If I see God, I write about God.

TCB:  You're on a desert island and you can only have one book, one cd, one video game, and one movie. Assuming you have the ability to use these items, what would they be?

SUBMiT:  Book…can it be a book series? The Circle Trilogy by Ted Dekker. There are three books; Black, Red, and White. That series gives the best illustration of the relationship between God and Man. And CD would definitely be The Cool, by Lupe Fiasco. In my opinion, its concept is so simple, that it's revolutionary. The stories he tells are literally timeless because the subject matter in the album is about he being cool always dies and comes back. That's a cycle in humanity that will go on forever. A video game? I'm not much of a gamer but I love Halo. I haven't played Halo 3 much, so it'd have to be Halo 2. Movie? I'm not much of a movie watcher either. My favorite movie always seems to be whatever I watched last so, Seven Pounds.


TCB:  So, I heard that you're a fan of Converse, what is it about the brand that draws you to their products?


SUBMiT:  I'm into vintage stuff. And there's nothing more vintage that converse. They've just always been around. They're literally a piece of American culture.

TCB:  Are you into Chucks or other Converse?


SUBMiT:   I used to be really heavy into Chucks. [laughs] I laid off for a while for a pretty childish reason. A guy that I really didn't like just kept mentioning them as his like "trademark shoe." [laughs] So that got me into other converse. I have Skid Grips and John Varvatos' Purcells but The 90's CONS are like my vice right now. I just got a pair of Run'n'slam 93's off eBay. I just like having what other people don't [laughs]


TCB:  Do you have a favorite pair? A Pair you're searching for?


SUBMiT:  My favorite pair? Hmm. That's like asking for a parent's favorite kid. But If I had to pick, it would be my all black leather Chucks. Those things are so beat up, they're the most comfortable pair of shoes I have. They have this extra comfort sole in them. They're great, but I'm looking for a pair of Aero Jams at a good price. They're so rare they end up getting to really high bids on eBay. I'm still working with a high schooler's budget, so I'm waiting for a good find.


TCB:  Now that Converse is in its second century, what would you like to see Converse do in the next 5 years?


SUBMiT:  I'm happy I'm seeing more retros. I was on the site today. The Odessa's are really sick. I know they brought back the Grandmama's a while back, but it seems that Converse tweaks the Chucks, Purcells, and Weapons a lot more than other sneakers. It's good that other sneakers are getting to have some comebacks.

TCB:  If you could do a collaboration with Converse, which Converse shoe would you use?


SUBMiT:  Definitely the Aero Jams. I love those sneakers. I'd really love to see some crazy solid color ways on those. I saw some all whites and about died. How sick would some all gold or all silver Aero Jams look? With some crazy contrast on the stitching, like red or purple. Those would be the sickest sneakers ever.

Check out SUBMiT's myspace page for more information and to hear some of his tracks.  You can also download his first two mixtapes Synthetic Authority Vol.1 and Vol.2.  I know there are more bands and artist out that have a special place for Converse in your heart...hit me up and we can do an interview on the blog too.  Thanks for checking out the blog and don't forget to head over to SUBMiT's page and take a listen...which is where I got the picture at the top of the page from.
Posted by James Martin at 8:12 AM

I do think this is a most incredible website for proclaiming great wonders of Our God!