Recently Converse had an Open Gym at the Great Lakes Naval Base, Kyle Korver was there and he said words in front of a running video camera.  Thanks to the good people at Stack.Com for the videos


Thanks for checking out the blog, don't forget to follow along on Twitter.com @TheConverseBlog.NET
Posted by James Martin at 7:00 AM No comments:

Converse Join The Procession - The Commercial

Well it's finally here, leave your thoughts below.


Here is the press release.

NORTH ANDOVER, Mass. (September 24, 2010) – Today, Converse announced its new Fall 2010 brand campaign entitled "The Procession" featuring product with the iconic Converse "Star Chevron" logo including the new Star Player Evo shoe. Developed to pay homage to legends of Converse’s past, present and future and to celebrate basketball along with the breadth of Converse product, the ad shines a light on the iconic Star Chevron mark and gives nod to its authentic connection to the worlds of sport, music and culture which has helped define Converse for decades.
"The new Converse campaign is the perfect summary of who we are as a brand. It’s a celebration of people from different cultures who are passionate about what they do, coming together to create a movement. Converse is a brand that can authentically blend culture in a way that makes perfect sense for how people view and connect to sport, music and culture today – without lines or barriers," says Converse CMO Geoff Cottrill.
Gritty and raw, the spot was directed by award-winning filmmaker Antoine Fuqua. The ad stars basketball legend Julius "Dr. J" Erving; Carlos Arroyo of the Miami Heat; musicians Jim Jones and Doug E Fresh; legendary ball-handler God Shammgod and Harlem streetball player Adrian "A-Butta" Walton; Converse skaters Kenny Anderson, Sammy Baca, Rune Glifberg and Eli Reed; all set to the thunderous "Hello Operator" by alternative rock band, The White Stripes. A unique fusion of all things Converse, "The Procession" speaks in a language that is clear to kids young and old who connect to the brand.
The ad is appropriately named "The Procession", as each of its cultural, torch-bearer stars symbolically pass the torch and give nod to each other. A true legend of basketball and one of culture, Dr J. and Doug E Fresh represent Converse’s heritage and the brand’s deep connection to sport, music and culture. Simultaneously, Carlos Arroyo, Jim Jones, the Converse skate team, and the others all forge the strong connection of how Converse connects today and for the future.
In addition to the ad, each of the stars are featured in a series of online vignettes taken from outtakes that illuminate their mutual admiration for each other and that blur the lines of sport, music and lifestyle. The resulting short clips showcase new cultural, iconoclastic moments including Kenny Anderson teaching Dr J a kickflip, and God Shammgod showing Sammy Baca how to do the "Shammgod", his signature crossover move.
"[Basketball]…it’s like a ritual. The basketball being the thing that brings everybody [together]. The rhythm and the beat," says director Antoine Fuqua. "Converse is taking it to the streets. The streets are the heart beat."
Converse basketball, skate and lifestyle footwear are featured in the ad, including the new Star Player Evo shoe, which represents the modern expression of Converse performance basketball. "The Procession" will be headlined by a national television spot that will launch Sunday, September 26 during FOX Television’s The Family Guy and nationally on major networks including Comedy Central, Black Entertainment Television, and TNT. Additionally, vignettes captured from out-takes of the ad will be featured on Converse.com and with select online media partners.
Posted by James Martin at 3:41 PM 4 comments:

Converse has a new commercial campaign coming up that brings together the worlds of Basketball and Skateboarding.  They've released a couple of videos featuring some behind the scenes moments with some of the Converse athletes.  The first video features God Shammgod and Sammy Baca.  The second video features Dr. J and Kenny Anderson with special guest appearance in the back ground by Rune Glifberg.

Posted by James Martin at 7:00 AM No comments:

Converse has just released a new line of watches. This is pretty exciting for me as I remember back in Middle school getting my first "grown up watch," and of course it was a Converse watch.

Now in another sign that Converse is expanding their brand, Converse Watches are back in action.  Below is the Clocked which you can pick up for $75 at Converse.com


The Clocked comes in Red, White, Black, and Navy.  It also has the following features...

If you're like me, then you're not sure what 5 ATM stands for...well here you go 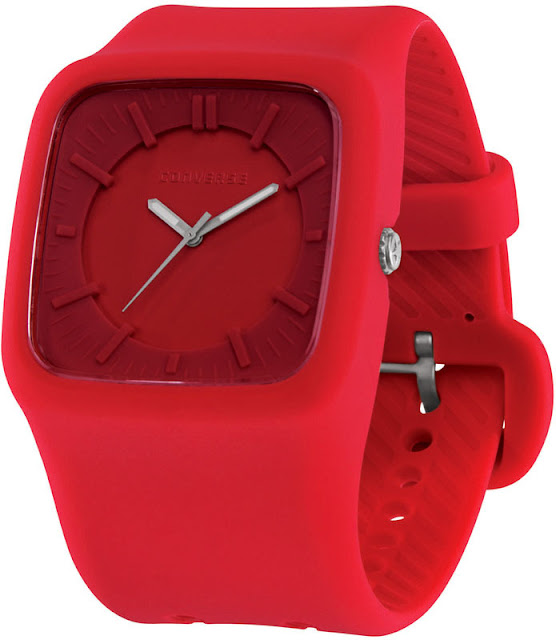 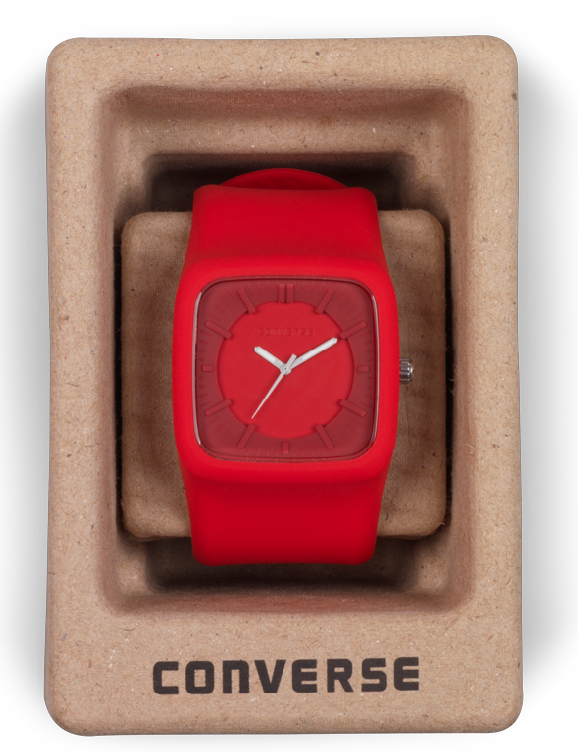 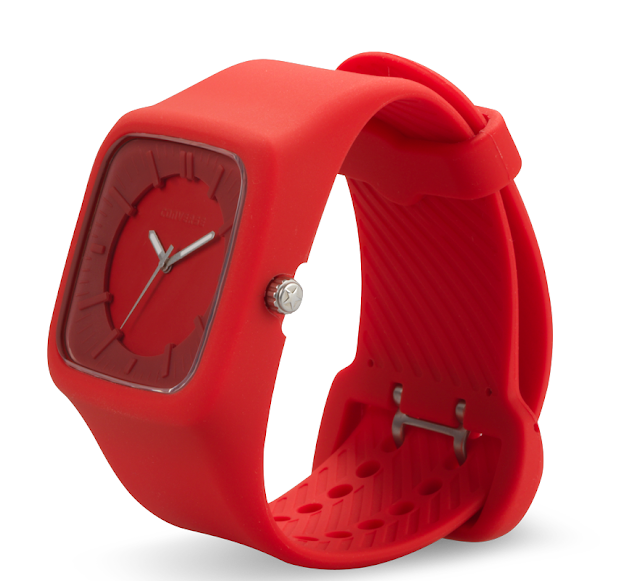 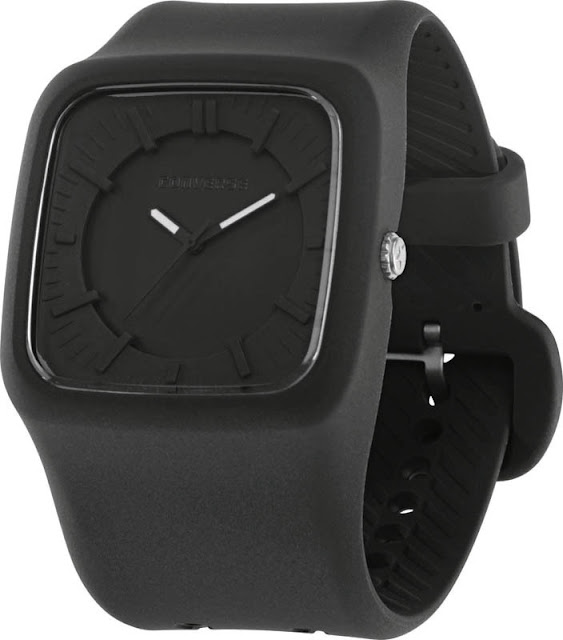 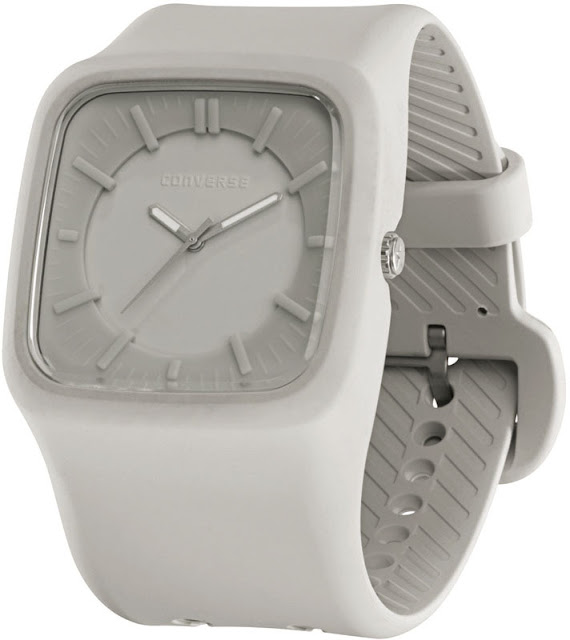 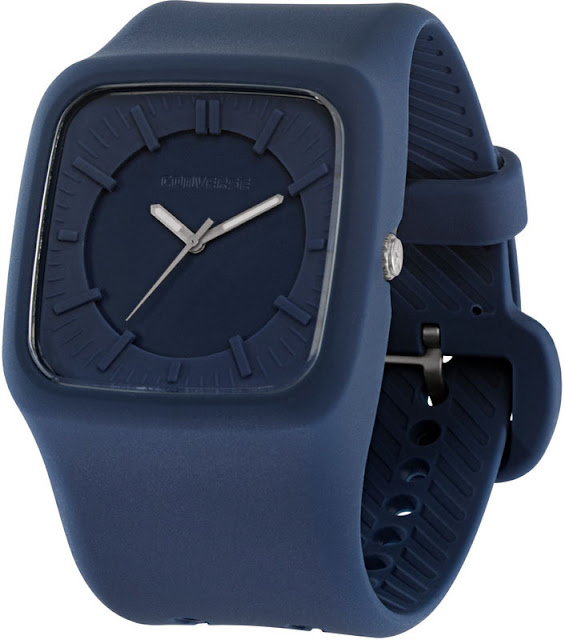 I know I'm a little late on this, but I wanted you to get a look at some pretty sweet Converse.  Argentina was the most Converse filled team in the FIBA world basketball tournament with 4 players wearing the Chevron and Star.  Two of those players sported Argentina colorways of the Star Player EVO.  I previously showed you another colorway, but today's post features the White/Carolina Blue colorway.  As you can see the flag of Argentina can be seen on the tongue of the Star Player EVOs, which is a nice little touch. 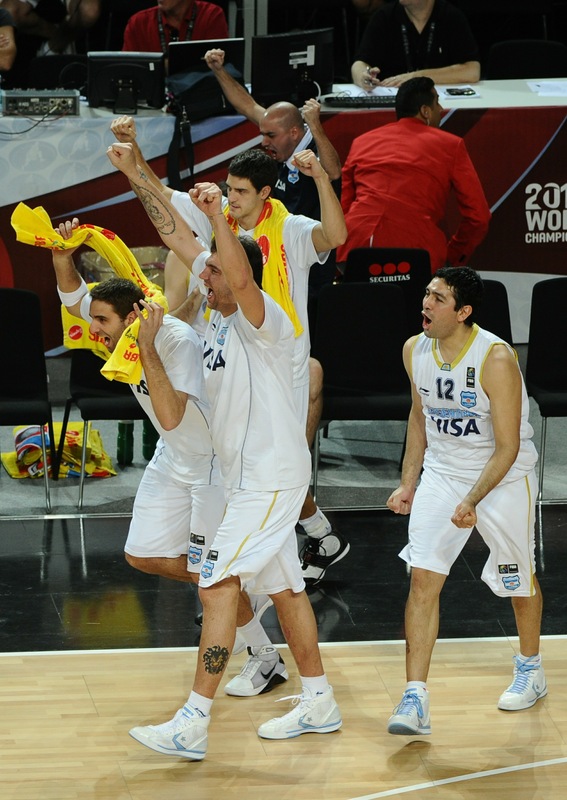 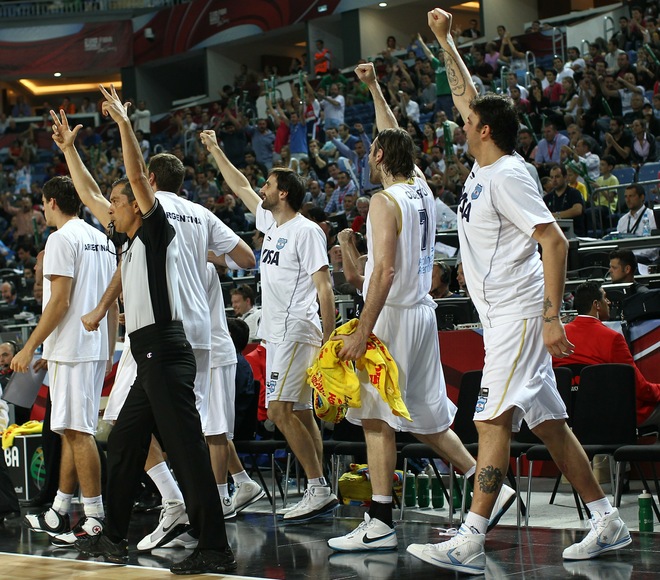 Thanks for checking out the blog, check back for more updates. As always you can follow along on twitter @TheConverseBlog
Posted by James Martin at 7:00 AM No comments:

The last post for the Converse Classic brought in some more visitors to the Converse blog and some new comments which I always love to have.  So with the same nostalgic intentions Converse has released the Quantum.  I've only seen them on Eastbay.com so it is probably an exclusive model for them...so why I don't I let them describe it to you.


The Converse Quantum shoe takes a classic basketball silhouette and blends leather, suede and patent leather to create an upper with subtle style. A padded tongue and collar ensures comfortable wear while the durable rubber outsole provides dependable traction for any surface.

So there you have it, and as you see below you have a refreshing colorway of Gray/Navy followed by the classic black/black. 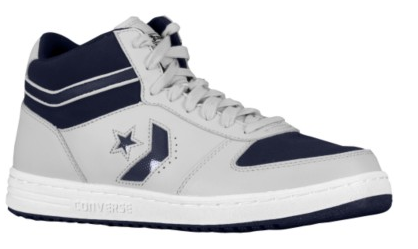 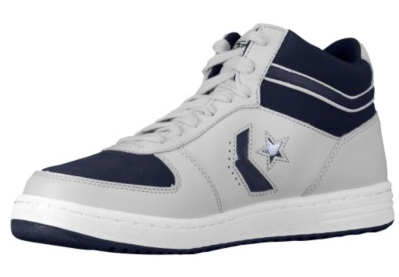 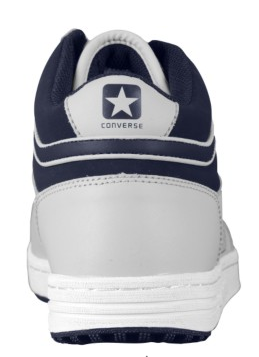 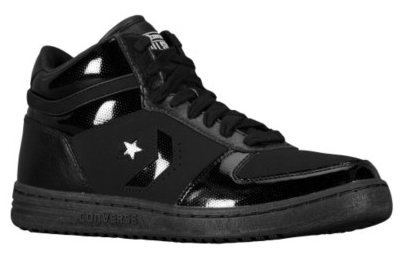 Thanks for checking out the blog, check back later on for more updates.  As always, follow along on twitter @TheConverseBlog
Posted by James Martin at 7:00 AM 1 comment:

New from Converse, it the Classic. As you will see the name gets straight to the point. A simple and clean design that comes in both a white/white and a black/white colorway. I've seen them in some other colorways as well, but I'm not sure that they made it into production. I wish I had some more shots, but this is all Converse.Com had up at the time. For only 55 bucks you can't really go wrong with either one of the Converse Classic. 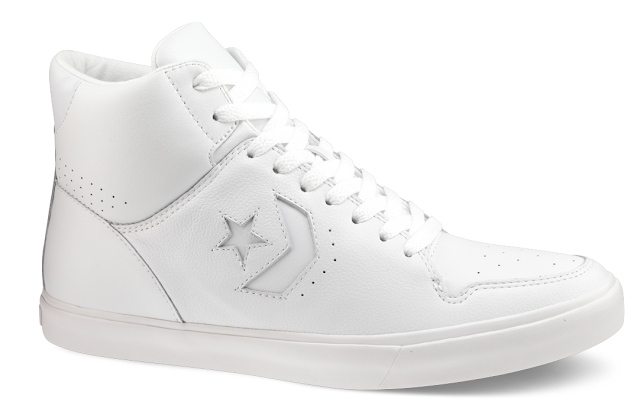 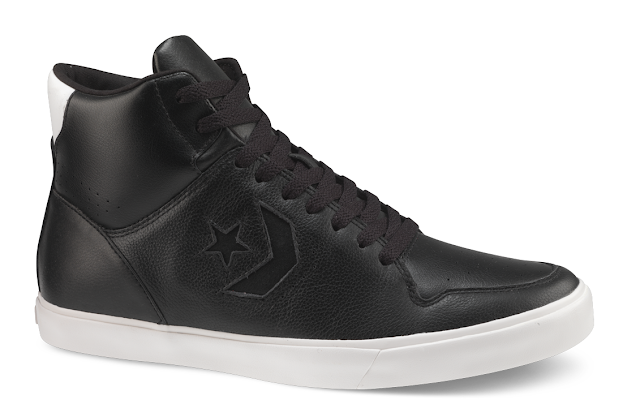 Thanks for checking the blog out and remember to follow along on Twitter @TheConverseBlog
Posted by James Martin at 3:41 PM 3 comments:

We've been profiling the new Converse One Star Sport shoes and today we're getting a closer look at the Women's Court Shoe.  With the U.S. Open in full swing I thought it would be a good idea to give some love to the first Converse Tennis performance shoe in many years.  Too bad it's only a Women's release.  Anyway, take a look below.  Pick them up at Target.com or Amazon.com 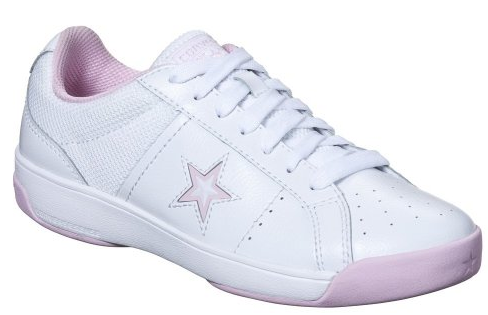 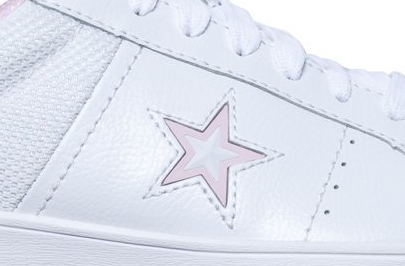 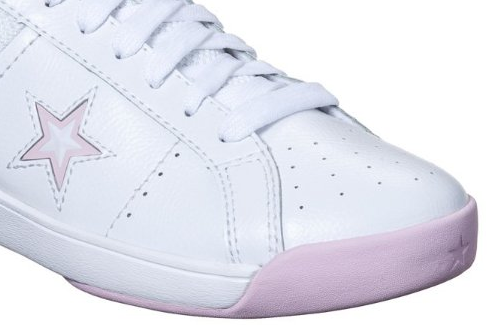 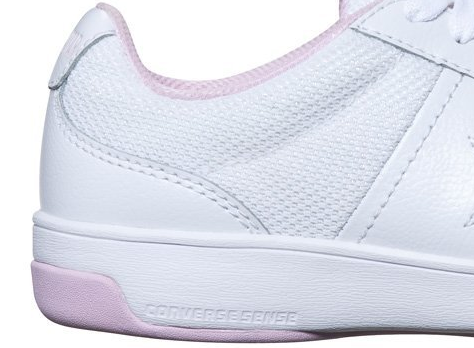 Like all of the Converse One Star Sport shoes, they have the Converse Sense technology.  So ladies go pick up a pair, watch some of the US Open and then got hit the courts!  Thanks for checking out the blog, follow along on twitter @TheConverseBlog.
Posted by James Martin at 7:00 AM No comments: