About once a week I go and surf through TaoBao, and with simplified Chinese it's pretty hard to read anything. So a lot of times it's just dumb luck that I stumble on something interesting. Last night I hit a personal goldmine. It has been a dream of mine since I began obsession for the brand to return to it's former glory and product range. This means Football, Baseball, Soccer, Tennis, Running, Skating, Golf, and Training.
Over the past few years, in different ways, there has supposedly been plans to return to Running and Training shoes. The most prominent was from a release on Converse's plans to file for an IPO, here is a excerpt below and here is the summary

"We plan to launch a full line of sports performance basketball products in
2003 and cross training and running shoes in 2004 and 2005,respectively."

Now we all know that never happened. Granted there were a limited number of Running Shoes that had the now dropped ICON technology. Only problem is that none of these shoes were released in America, at least to my knowledge.
For over a year now Converse has had a job opening in the design department for men's Training focus. This is a job I would love to have, but alas I don't think I've had the correct schooling.
All of this rambling brings me to my discovery. 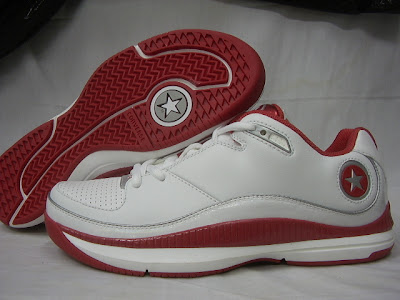 This sample appears to be a cross training shoe, at least to me. It doesn't seem to fit the mold of a typical Lifestyle shoe, but I am not completely sold on it's cross training status. However it is the closest thing to a training shoe I've seen from Converse in a really long time. The only exception could be the low top versions of the Wade 1.0 and the Wade 2.0. 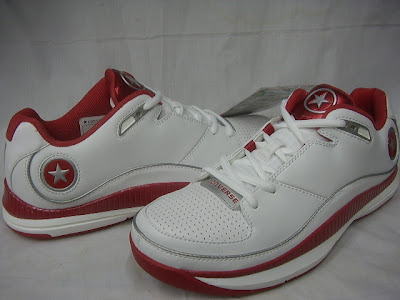 By this picture of the heel area I feel strongly that this is not a Lifestyle shoe, but certainly a cross training shoe or low top basketball shoe. The red square tap appears to add extra flexibility to the heel area, similar the heel tap areas in recent Basketball releases. Also in the amount ventilation holes in the toe box area suggest a design for more active use. If you know anything about these drop me an email or leave some feedback and let me know. 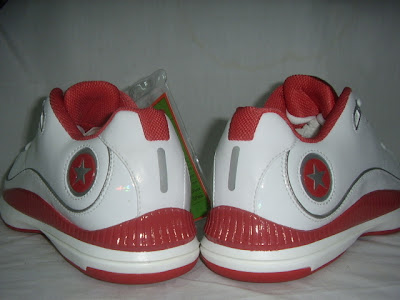 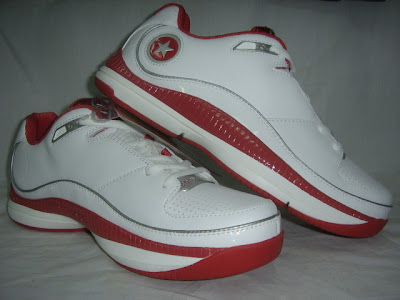