As the story goes, when Kurt Cobain took his own life he was wearing a pair of Black One Star's. Later on this year as part of their Converse Century Music Collection, Converse will release four Kurt Cobain shoes and three Grateful Dead shoes. I found these pics from Baggins Shoes. 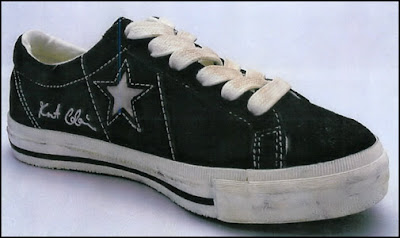 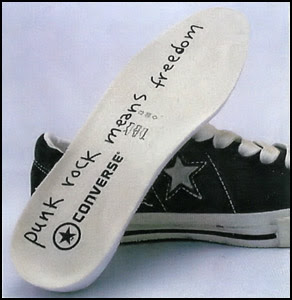 Pretty simple and straight forward one star here. It's distressed and has Kurt Cobain's signature and what I believe is a quote of his on the insole. The other three shoes are Chucks and I post them later when it's closer to their release, in June.
Posted by James Martin at 11:39 AM

They are so perfect! I love them! Wish they were mine :(