Well it's been made pretty clear since Dwyane Wade was moved to Jordan that Marquette would also be moved.  In fact in their recent media day Marquette wore the same jersey design with the Jumpman logo replacing the Converse circle star.  However, over at GoMarquette.com 's store you can find all kinds of new Converse gear.  I know it's new because it features the Star Chevron logo that would have been on the actual jerseys this year.  You can also find some new Converse Marqutte stuff at Eastbay.com.

I'm really torn on what to do here.   I'd like actually have some Converse basketball shorts with the Star Chevron logo. I know Marquette won't be wearing Converse anymore, and therefore I don't really want to support them.  I also know how long it was between Converse jerseys in the NCAA so I'm really tempted buy some of the gear.  You know, just incase it's nearly another decade before we see Converse jerseys again. 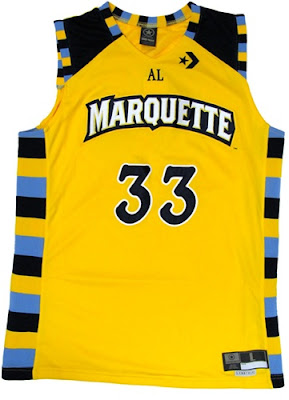 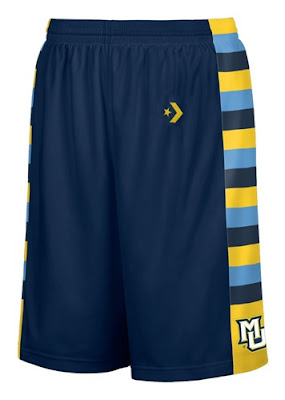 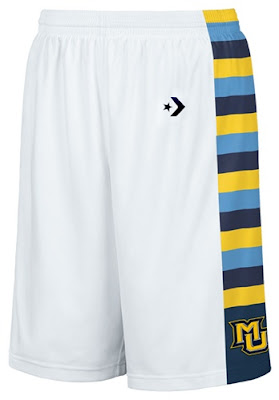 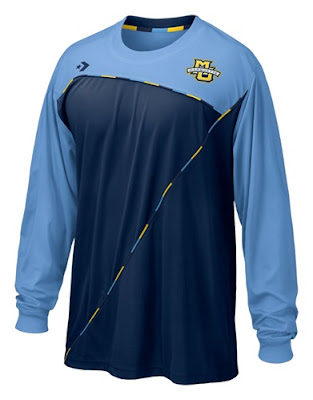 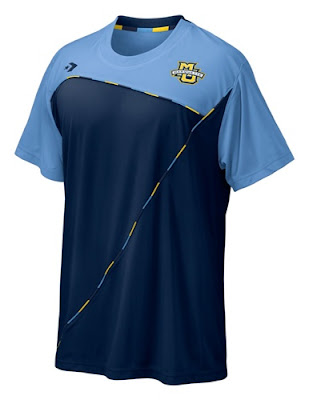 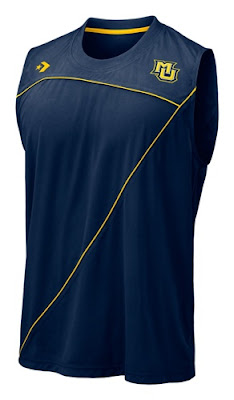 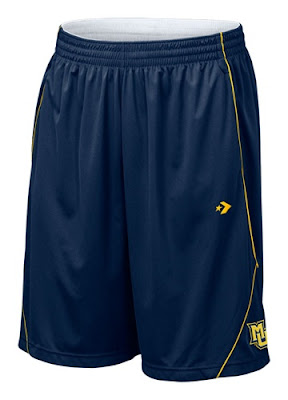 I apologize for the lack of posting, it's been a wild week.  School has been really kicking my butt recently with formal observations taking place yesterday and tomorrow.  Thank you all for hanging in there with me and don't forget to follow along on twitter @TheConverseBlog.
Posted by James Martin at 7:08 AM

The last 4 items are hot!! would definitely cop if I had the opportunity!

Dude, where can I find those weapon evo lows that hinrich is wearing? they are the only hoops shoes I've wanted in a long time but it looks like cons is dropping the ball on not making them easily available.

Thats their pattern though. letting wade go is a big loss. they had given hims some pretty mediocre styles lately so i dont blame him. also, did they every release those pro leather 76 joints in an oxford? i know they had the on their make your own website but i never saw any general releases. hard to stay a fan when they keep messing things up. keep up the good work here and let me know if you have any answers. thanks

ChrisH you hit on the head...Converse has a problem with designs and make some shoes not available to the gen pop...yes it truly hard to stay a fan.