A few years ago when Dwyane Wade still had his own signature line of shoes and apparel from Converse, he was spotted wearing the re-issue of this shoe below in a red/white colorway and a black/white colorway.  I was told at the time that the Starion would be released in the following year, which would have been 2010.  Well as you know, 2010 came and went without the Starion or any other retro basketball release from Converse.  In America that is,  Converse did release them in Mexico and some other countries around the world.   One of the released colorways is seen below, Baby Blue/White.

While this shoe doesn't have the same history as the Weapon, it certainly fits the mold for a nice retro release.  If I'm not mistaken, this is a shoe that David Robinson wore while at Navy.  However, I am not sure if or when we'll ever see them release in the states.  Until then, enjoy this tease below. 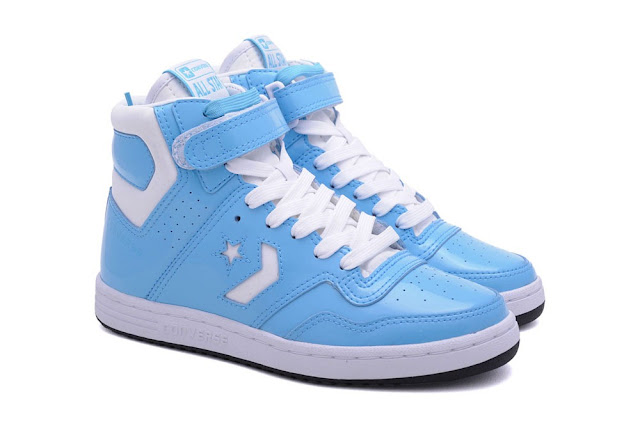 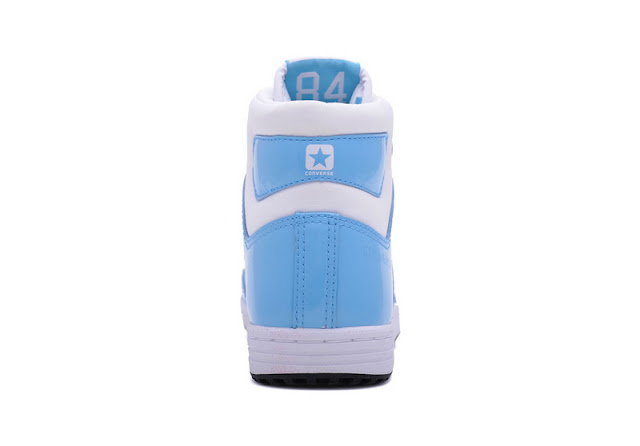 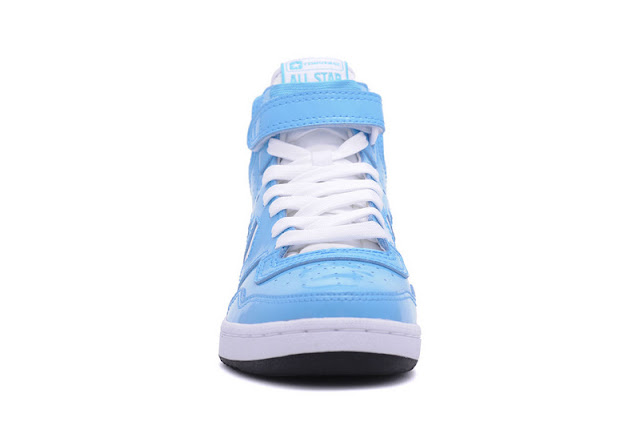 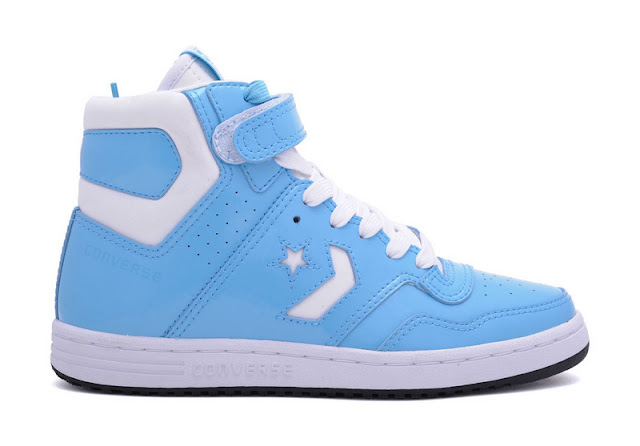 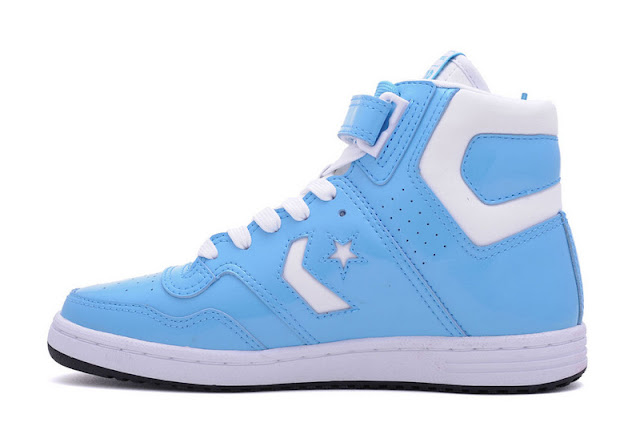 Also, I'm still looking for submissions for the upcoming, "What would you do if you ran Converse for a Day" post.  Email me at conversencaa@hotmail.com with your suggestions and we'll get your ideas out there.  Thanks for checking out the blog, don't forget to follow along on twitter @TheConverseBlog and now on Facebook at The Converse Blog
Posted by James Martin at 7:36 PM

This is RJ did you get my email?

Yes, I did. Very good stuff too. I am hoping to get some more responses soon.

i managed to buy a pair of these
but in black for 25 bucks, is that good? I live in Los Angeles

That's awesome, where did you find them?