Man, it has been a crazy week here in Kentucky.  Not only have the Wildcats fallen to the ranks of the NIT, but Louisville has the overall number 1 seed in the NCAA.  Is this bizarro-world or what?  With the exception of the 1998 Championship that Kentucky won, it seems as if we've been going down hill ever since we switched from Converse to Nike.  I am just saying, Converse = 6 Championships, Nike = 1 Championship.  Come on Mitch make the Switch...to Converse.
(By the way, I support the University of Kentucky and it's players and not just a coach and yes I have an agenda to get them back in Converse)

Those are some state wide issues, locally it's been crazy too.  Last Tuesday Corbin won the 13th region championship to earn a spot in the state tournament, known as the Sweet 16.  We were scheduled to be out of school this Thursday and Friday for the tournament.  Then we end up getting the best snow of the winter last Friday.  Now we're having to make up that half day this Thursday during the tournament.  Everyone is going donkey kong, students and teachers alike had already made plans for that Thursday.  So who knows, it wild down here, but everyone is fired up for the Sweet 16.
As confusing as that was to read, imagine how confusing it is to live it out.  Anyway, you're here for some Converse and Converse is what you will get.  Today's post is for the Ladies, the Lady's Pro Leather that is.  Here are two ox versions in a black/black/white colorway and White/White colorway.  There are also some high colorways but I will post those later. 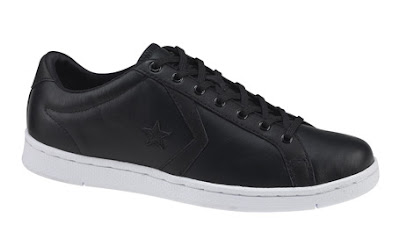 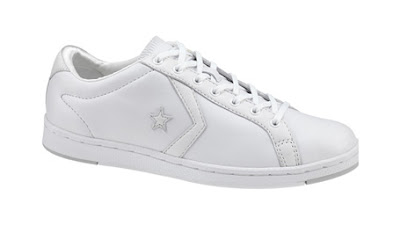 Thanks for checking out the blog, and don't forget to vote on the Weapon poll on your way out.
Posted by James Martin at 10:46 PM