Carlos Arroyo with Converse and where I can I get that shirt?

If you been following along on twitter, then you know already that Converse has signed Carlos Arroyo. He'll be wearing the Star Player EVO during the World Basketball Festival in August. In advance of that Carlos held a basketball clinic that you can see pictures of below.  You can also read more about it here, but you'll probably need to translate it, 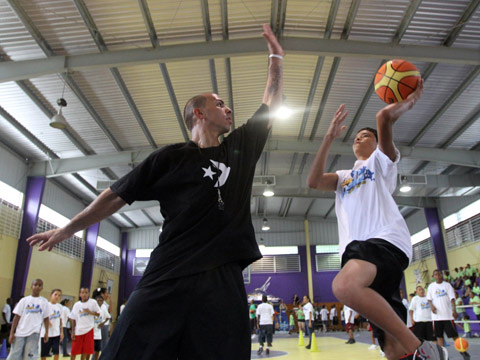 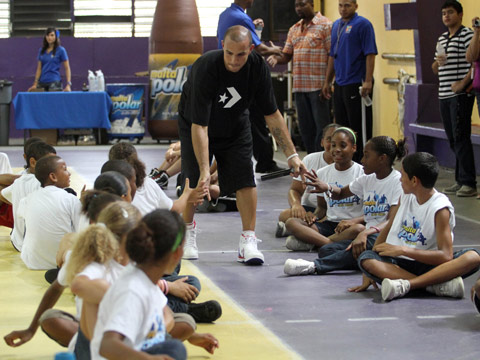 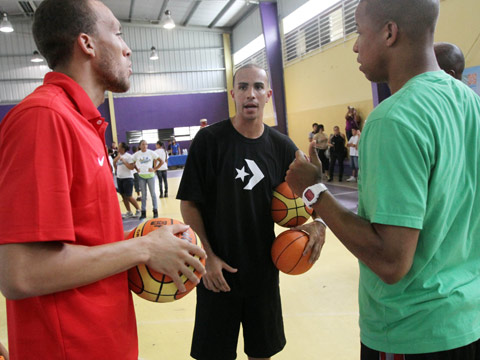 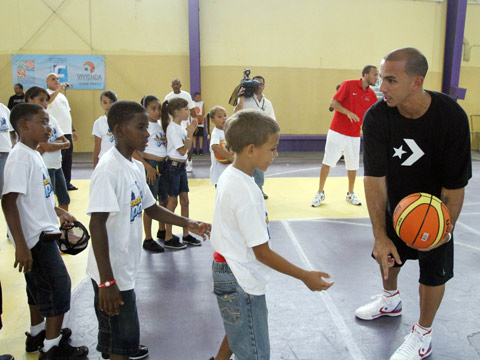 Okay, seriously.  Why is this shirt not on Converse.com.  It's a simple logo shirt, but the chevron and star work perfectly.  As a matter of fact,  you won't find the Chevron and Star on any of the apparel on Converse.com.  Hopefully this will be fixed very soon.

More Good news, Carlos recently resigned with the Miami Heat, so there will be at least one Converse player on the Heat.  I still have heard if Udonis Haslem has resigned with Converse or not.

Thanks for checking out the blog, and as always follow along on twitter, @TheConverseBlog.
Posted by James Martin at 4:40 PM

I know right I hope we will some more basketball type clothing!