It's been many years since there was a Converse John Varvatos shoe that featured the star and chevron logo...actually I think the last shoe was the JV World Class Trainer 2...which I have in the Brown/Lime/Gold colorway.  Anyway, these also come in a black colorway, but I really like the worn look of the white/red that you see below.  In the second picture you will see a nice touch with a red thread pushing through the leather. 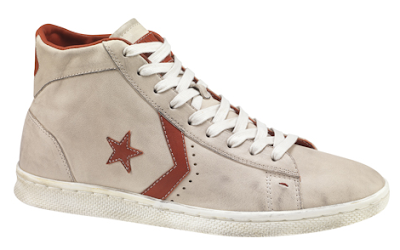 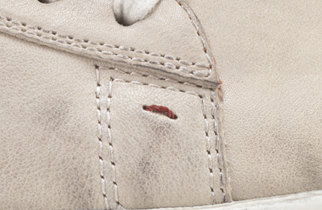 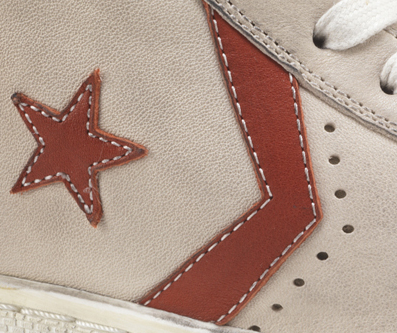 These aren't the same Pro Leathers that used to run the NBA, ABA, and NCAA courts, but there is enough of the old school to make these a pretty interesting release.

Look for more use of the Star Chevron in other John Varvatos releases this season.  I might post them up too, but they're out there if you look.  Thank you for checking out the Original Converse Blog, follow along on twitter @TheConverseBlog
Posted by James Martin at 7:30 AM