Well last week came and went and I didn't post anything. Most of that had to deal with a really important group of observations at school. Good news, I'm a much better teacher than I was in the beginning of the year! Bad news, if I don't my internship portfolio together properly I'll fail and be out a job, ouch. So I apologize for the lack of content I was completely tied up.


So I'm going to try and play a little catch up.  Below is the Converse Triumph which is the first of the previously branded Wade shoes that was to come out this year.  It was originally going to be a Team shoe for 2009 but when Nike switched Wade over the shoes were dropped.  Well until now, you can find this White/White colorway and a Black/White colorway at Eastbay.com. 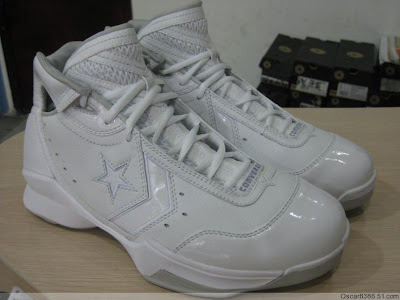 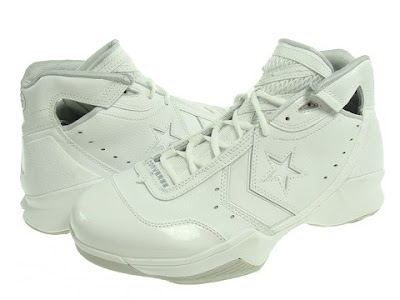 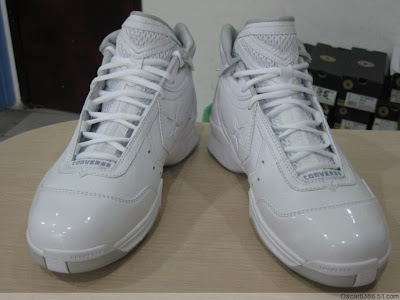 These might be the last shoe to feature the Converse Suspend system that was used in the Wade 4.  I need your help on something...I'm trying to find some high schools that wear Converse this season.  I want to give them some love on the blog, of course I would need to contact the schools and get permission.  So if you know of any schools please shoot me an email at ConverseNCAA@hotmail.com.

do they have other colors available??

Outstanding write-up. Many thanks.

fantastic posting I will be fascinating in buying it!