Hello world, it's now October and I've got to say it was close but we hit over 3,000 hits last night. Big thanks to everyone that's stopped by over the months, it's been a lot of fun and I hope you've enjoyed what you've seen. I've got a few different topics to cover today so lets jump right into it.

Below I was finally able to get a picture of the Converse Century logo that I could post on here. It is from some sort of Spring 08 preview. I found the picture from a Converse site in Russia. Check it out at http://www.converse-club.ru/ 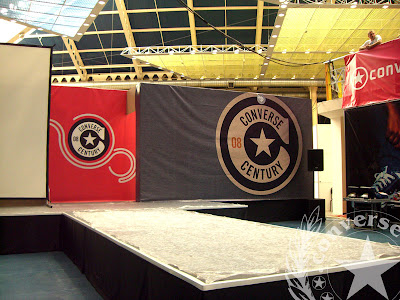 The other day I was on youtube and I found what I thought was just a Converse video, however it also came with a Converse song too.
The song is by Young Dollas, check out the full "Chucks" song and others here.

Alright well over the weekend some of the training camp and media day pictures started finding there way online. One of the teams that put up a good number of shots was the Orland Magic. So I thought I'd show two pics of Jameer Nelson rocking the 099 in his PE colorway. Shown first with Carlos Arroyo and then with Dwight Howard. It's been a really rough couple of weeks for Jameer with the loss of his Father and my thoughts and prayers go out to Jameer and his family. I can't even imagine what Jameer is going through, but I do know that Jameer has dedicated this season to his Father. You can read more about what's going on with Jameer here. 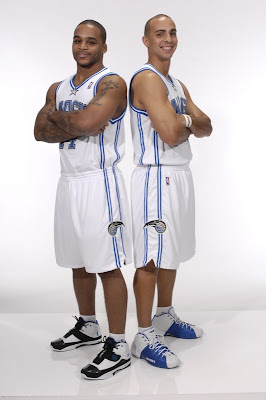 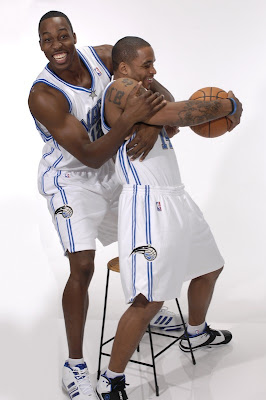 Well we got to a lot of stuff today and I am hoping by Wednesday or even tomorrow I'll have some more pictures from training camp and media days to share with you. Thanks for stopping by, keep coming back and telling your friends. Oh, I almost forgot, enjoy the rare one game playoff tonight, you've got to love October baseball.
Posted by James Martin at 10:14 AM