Over the summer, when this blog was still going by the name of Converse NCAA, I posted about Western Kentucky's fashion show. During their fashion show of all of there new Russell gear, the men's basketball players were wearing the White/Red Colorway of the Converse 099. I made a post about it but, I cautioned that a source I had said that it would be Nike when the season started. It would appear that between now and then something changed, and my source is trying to figure out what happened. So I'll get back to everyone when that information comes in, but I wanted to go ahead and get the pics posted up.


Below you will see pictures from a recent game, where the WKU' players are wearing both the White/Red colorway of the Converse 099 and the Converse Wade TFC. 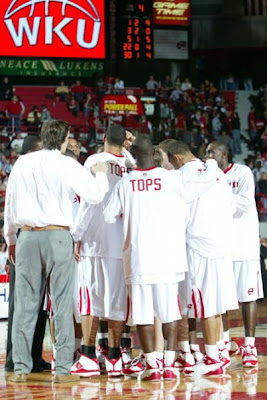 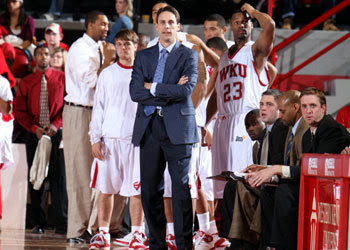 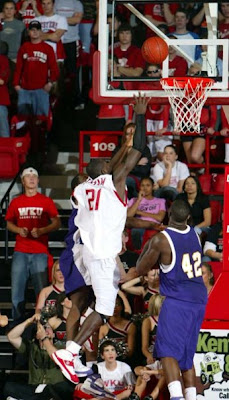 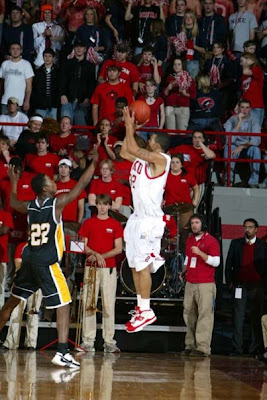 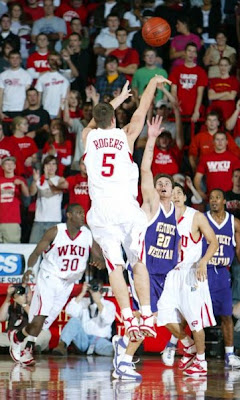 This is a really big development for Converse in the NCAA. This is really exciting because the Marquette deal was almost a given, but this shows that Converse is getting more serious about getting back into the NCAA. When I first got hooked on Converse in the mid 90's I could tune in and see a good number of teams wearing Converse and Converse Jerseys. This goes back to the APEX deal that ended up being more trouble than it was worth. However it did make for some really interesting jerseys through the few years. I'll get to some of them one of these days. Anyway I just wanted to update and let everyone know that there are now two teams in D-1 basketball wearing Converse this season. I am trying to keep my eyes peeled so if you see another team let me know. Thanks for the checking out the blog, big numbers the last few days so keep telling your friends.
Posted by James Martin at 10:14 AM

Ah the Apex mess god the people running Converse jeez I hope they got fired and neva ever work in shoes again. God to see Cons moving slowly to a crawl back to the divison 1. Actually a lot of small divison 2 school still wear Cons.