Welcome to the Converse Blog's Friday flashback. Today's flashback will focus on the Converse ICON Loaded Weapon. I had wanted to do the flashback on an ICON shoe you might not be so familiar with. However, I couldn't find much info on ICON that was not tied to the Loaded Weapon. So I bit the bullet, get it...loaded weapon...okay I apologize for that.

Anyway, if you do remember there were quite a number of articles that came out when this shoe released. Most of them bashed Converse for going with the name Loaded Weapon. They took the tone of, why oh why would Converse want to put the image of a loaded weapon into a child's mind. Which I think is a pretty ridiculous position to take; especially considering there have been toy guns made for children for many many years. I think it's safe to say the uproar was much ado about nothing.

There are two reasons why these shoes will always stick out in my mind. First, it was the first shoe to feature technology since the last Helium shoe was produced three years prior. Secondly, they announced the shoes around the same time they announced the signing of Dwyane Wade, Chris Bosh, Kirk Hinrich, Mike Sweetney, and Troy Bell. So not only did the Loaded Weapons bring about a new technology, they also signified a serious return to the NBA.

So I didn't mean to type this much, but its Friday and I am excited. So let's get to it.

I found what I believe to be the patent for ICON technology. You can view the patent here.

Below are some pictures from that patent report. There is also a picture in the patent report that has the Helium logo, which I think is pretty interesting. 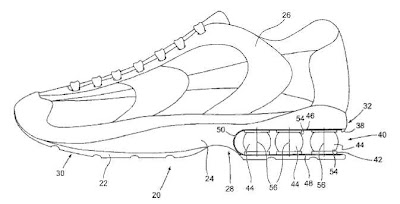 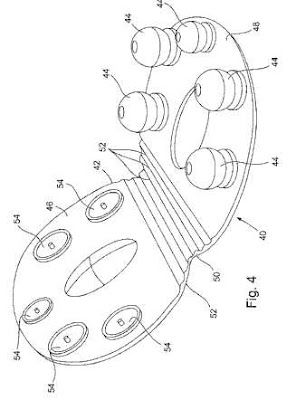 Here is a diagram of the Load Weapon, below the picture is the description from a Converse press release. 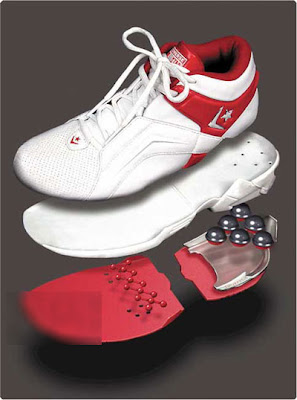 The ICON Performance System represents an integrated system “under, around and next to” the foot that emulates and complements the foot’s natural abilities. Under the foot, Converse’s patented ICON™ Tunable Ride™ provides graduated cushioning to maximize ride and handling on the court. The Converse FITLOK™ System around the foot provides athletes with improved control, fit, support and stability. Next to the foot, the Converse ICON Micro-Climate Management system increases moister wicking and heat dissipation. 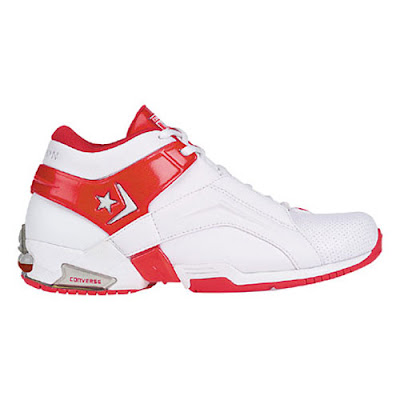 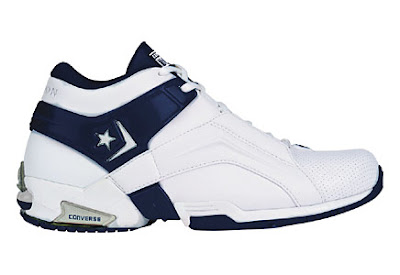 Above are two of three general release colorways. There was also a black/blue colorway, also there were regional colorways of Lakers white/purple/gold and a colorway in red/white/blue. Below are three different Player Exclusive colorways, Dwyane Wade, Chris Bosh, and Mike Sweetney when he was a Knick. 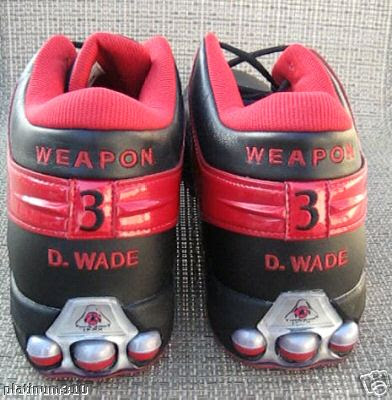 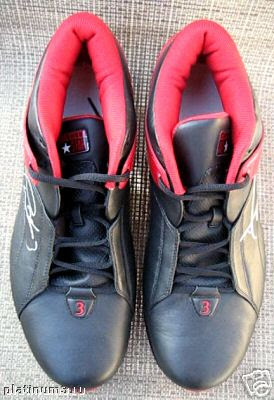 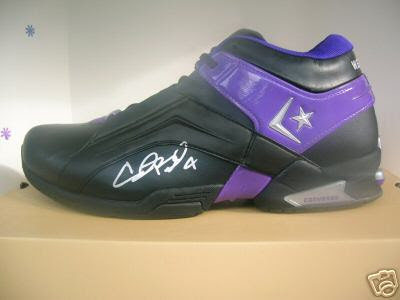 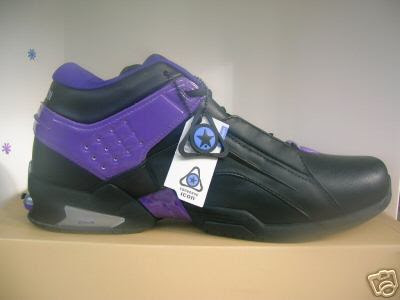 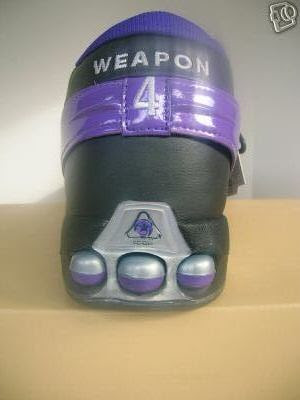 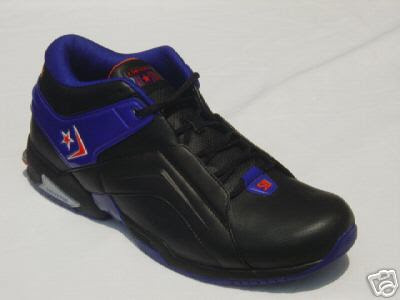 That's it for today, I really enjoyed bringing a more extensive Friday Flashback today. Now I've shown you all of the Converse Cushioning technologies and it's time to vote. React seems well ahead in first place, but anything could happen. Thanks for showing up and reading the blog.
Posted by James Martin at 10:10 AM