The Converse Blog: Kentucky All Stars in What If Pack Wade 3.0

As it turns out they were wearing the Converse Wade 3.0, and not a normal colorway either. In fact they are from the What If Pack, which isn't even being sold here in America. The pack also includes the Converse 0100 and the Converse Revolution. 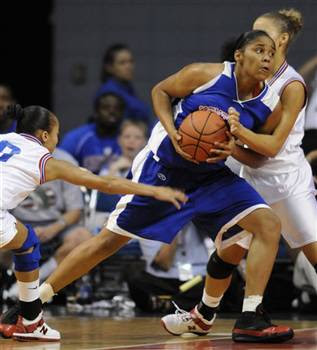 Kentucky's Janae Howard shot over Indiana's Felisha Johnson in Louisville Gardens on Sunday. Howard, a Louisville signee, had 15 points and the Kentucky All-Stars led by as many as 44 points in the second half. Photo by Matt Barton 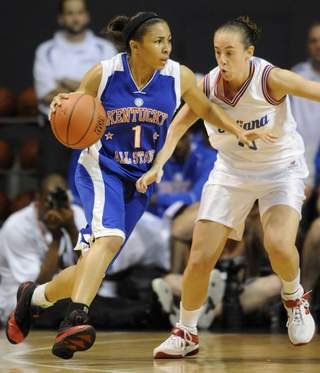 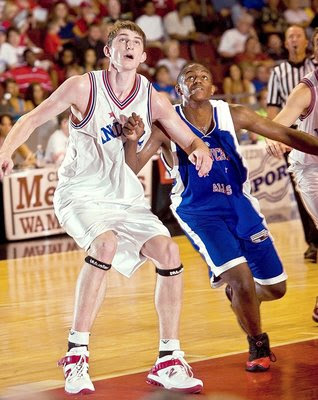 
If you click on any of these links you'll see that the Kentucky All Stars won both games last night for the first time since 1991. It's pretty cool that they got these exclusive kicks for the game and the red really pops out on them.

Anyway, I thought I'd show some love for my state today. Thanks for checking out the blog and don't forget to vote the NBA draft is coming very soon.
Posted by James Martin at 10:34 AM

I always wondered why those never came out.. wade wore those the game after the all-star game vs houston... any word on the wade 4s? when are they dropping or are there any design samples out there? I've looked and found nothing..