Last night was an good old fashion NBA beat down. Boston finally woke up and realized what I've been saying all along, that they were the superior team. This isn't a knock against the Lakers, well maybe it is, but Boston was just the better team. I just wonder how long it will take for Kobe to ask for a trade this offseason?

Anyway, today I wanted to bring you an Original Weapon from the 80's. Luckily I found an eBay auction for this mint pair below. They're size 13, for those that are interested just search on eBay and you'll find them.

So how do I know that they're Original?, well the first clue is the Silver Box, which is a classic 80's box from Converse. The second piece of evidence is a few pictures below with the Choose Your Weapon Card, that features Magic and Bird.

I also have to say the white portion of the upper looks soft enough to sleep on. Just flat out beautiful. 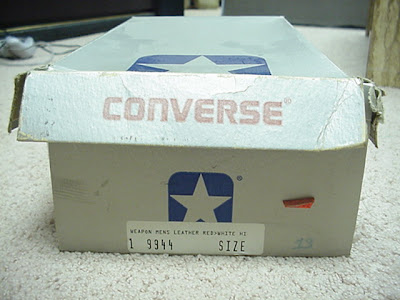 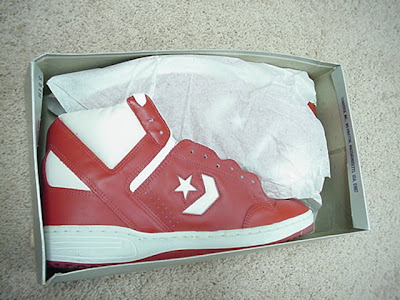 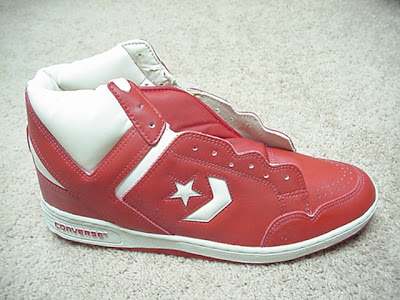 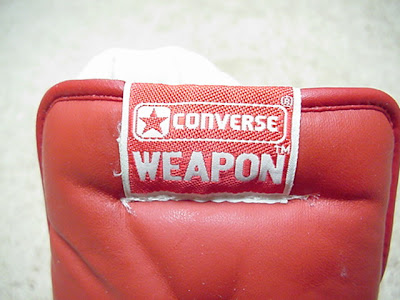 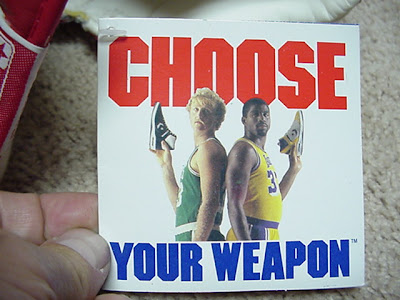 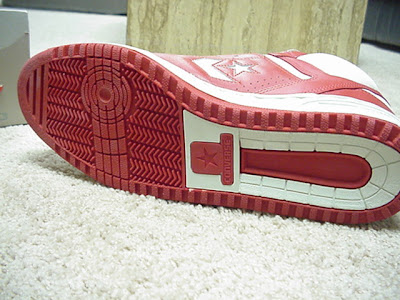 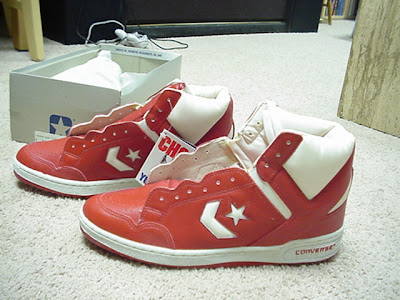 That's all for today, thanks for stopping in. There is just a little over a week before the NBA draft and I can't wait. Rose is still in the lead over Beasley and Mayo, but there is plenty of time for the poll to be switched.
Posted by James Martin at 9:58 AM