For the past year I've been working as a substitute teacher and it's been a crazy, nothing Kenny Powers worthy though.  From the start this was not a job that I was long for, it's just not fulfilling my appetite.  I have a hunger to do more with my life. I also want to express a real taste for the meaningful and important areas of life.  All of this is to say that I've found the right mix of ingredients for a new career path.  Normally you fill out an application for a job, but this is such a hearty position I really want to publicly announce my interest.  Today I am announcing my intentions to join MaGalls Industries Global in the position of Food Tester.

You might be asking, why would you want to move to New York just to be a Food Tester?  For one simple reason, I want to work for Charles Charles MaGalls, aka this guy. 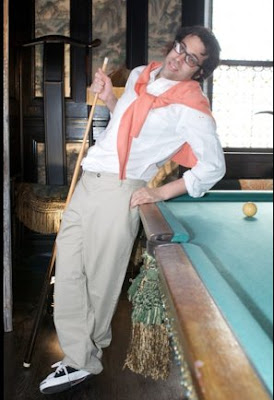 Learn more at the website for MaGalls Industries Global.  There are plenty of other postions currently open, such as Systems Systemizer, Typesetter, and Drippings Specialist.  Charles Charles MaGalls has also issued an interesting challenge to Dwyane Wade, a 1-on-1 game.  He wants to play Mr. Wade to10 by 1 gotta win by 2.  Find Charles Charles MaGalls on Facebook, Twitter, and Youtube to follow his quest to take on Dwyane Wade 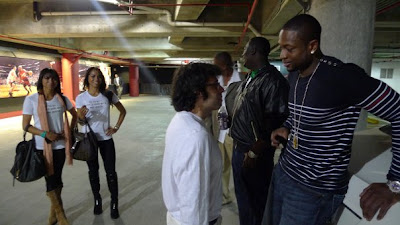 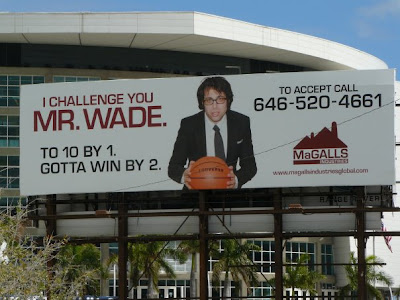 55 points, 9 rebounds, 4 assist, Da-Dang.  Regardless of who actually wins the award, I believe that Dwyane Wade should be the MVP.  I'll be up front and honest about it, I am biased.  I am a Dwyane Wade fan, and I dislike LeBron James and Kobe Bryant, as baseketball players.  This much I know, Dwyane Wade has better averages when looking at all of the major categories and Miami has the largest increase in wins from last year to this year.  Miami is plus 27 wins with two to play.  Granted Cleveland has improved by 20 wins with two to play. 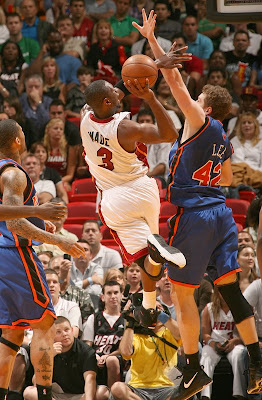 Wade leads in all of these major stats except rebounds. However, I certianly understand why LeBron will win, and it's not like these stats aren't close.  That being said, if Dwyane doesn't finish 2nd in voting then the whole thing is a joke.  This is the Most Valuable Player (MVP) award, not the Most Valuable Player on the Team with the Best Record (MVPTBR) award.  Anyway, you've got to love the great performances that these super stars have had all year long and it will be a lot of fun to see how this all plays out.

Wow, this is the longest post I've done in quite some time, hopefully it will help to make up for the lack of content last week.  Thanks for checking out the blog!
Posted by James Martin at 10:19 AM

This is a joke right?