Remember last week when I told you all about the Converse Eastbay Classic? Good you're paying attention. Here is a recap of the event along with some pictures.


Last Saturday, 10 of the best boys and girls high school basketball teams in Wisconsin competed in the third annual Converse/Eastbay Classic. It was a day of sportsmanship and grueling play as many of the favored teams fell to their competition. In perhaps the biggest upset of the day, Madison Memorial, ranked number one in the state, was defeated by repeated Classic participant, Milwaukee Rufus King. King’s tactical defense held Memorial standout Junior Lomomba to just 10 points. In the last game between Milwaukee Hamilton and Menomonee Falls, Hamilton’s senior forward Elgin Cook ran the court with 21 points and an impressive array of dunks. Falls standout forward J.P. Tokoto put up 19 points, but was unable to rally a victory.
During halftime of the final game, the Milwaukee Bucks Rim Rocker Dunk Team took to the court, energizing the crowd, followed by JG Scholarship presentations, handed out by Converse athlete and Milwaukee Bucks power forward Larry Sanders. All proceeds from this event go to the JG Scholarship Fund, which rewards deserving high school students in need of assistance to further their college education in the state of Wisconsin. Participants in the Classic wore the Converse Star Player Evo shoe.
Final scores are as follows:
Girls Classic
61-27 - Oak Creek (Oak Creek, Wis.) vs. Arrowhead Union (Hartland, Wis.)
65-43 - Nicolet (Glendale, Wis.) vs. Mukwonago (Mukwonago, Wis.)
Boys Classic
58-54 - Waunakee (Waunakee, Wis.) vs. Oconomowoc (Oconomowoc, Wis.)
57-35 - Rufus King (Milwaukee, Wis.) vs. Madison Memorial (Madison, Wis.)
67-58 - Milwaukee Hamilton (Milwaukee, Wis.) vs. Menomonee Falls (Menomonee Falls, Wis.) 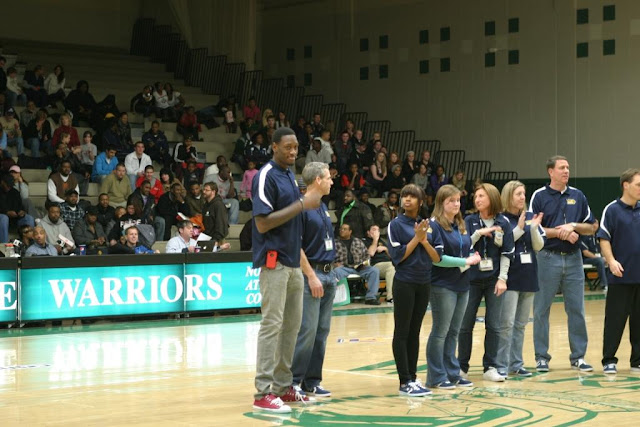 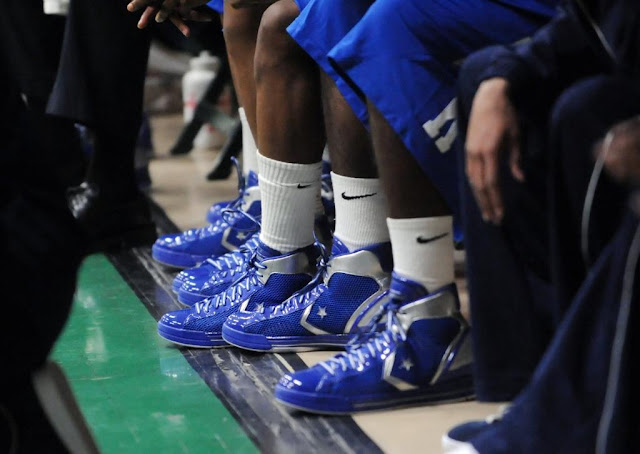 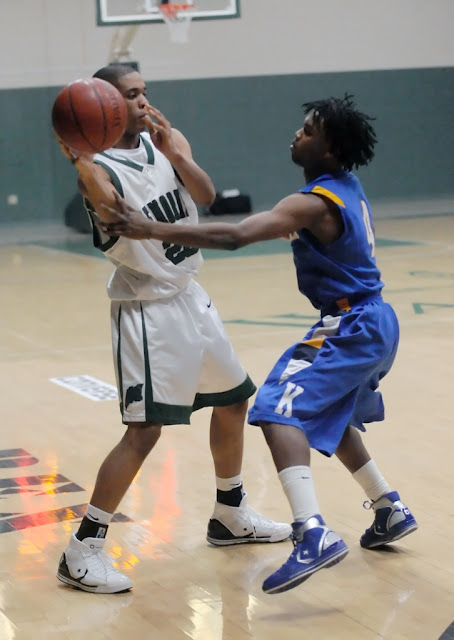 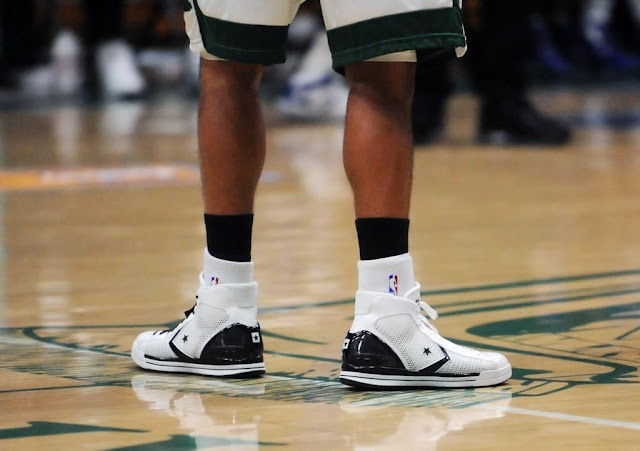 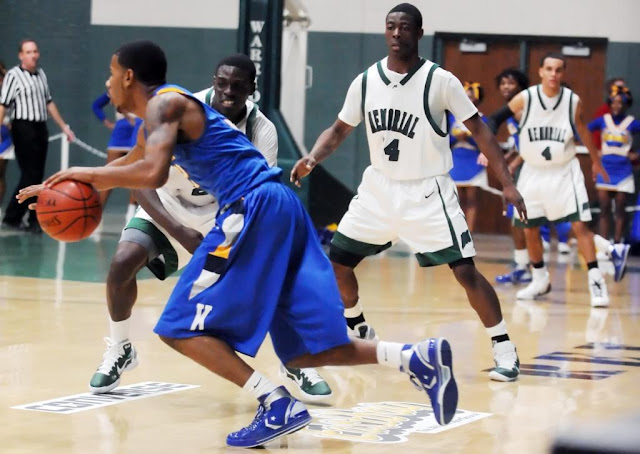 Big thanks to the eastbay blog for posting up some more pictures of the event.  Including the first image of the retail version of the Star Player EVO OX.  Hopefully they actually make it to retail, I've got my fingers crossed. 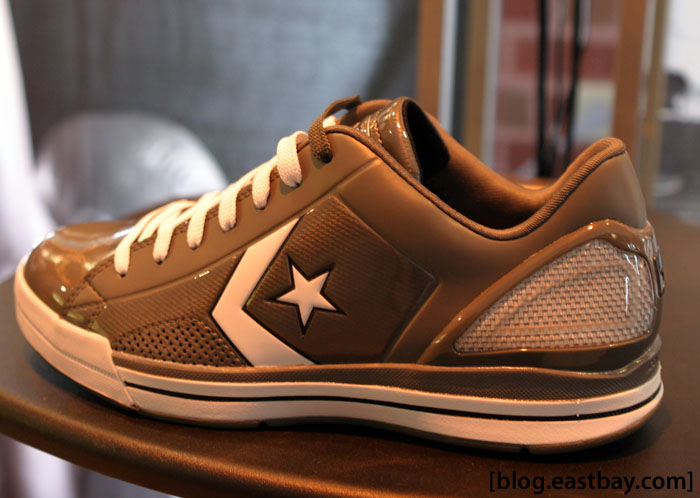 Thanks for checking out the blog, don't forget to follow along on twitter @TheConverseBlog and now on Facebook at The Converse Blog
Posted by James Martin at 11:01 AM