Update 10:50, the live feed can be found at the Converse Kentucky Classic website. 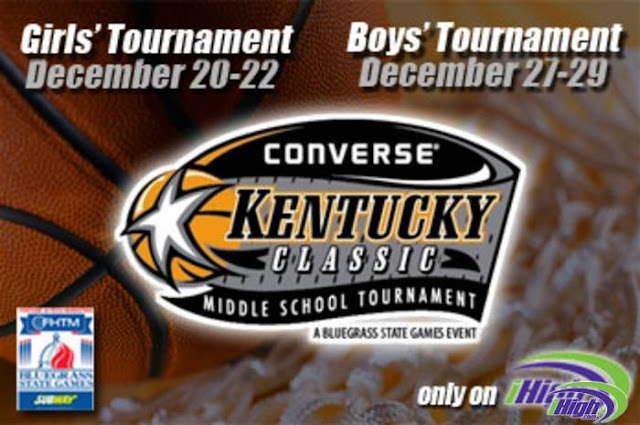 There will be t-shirts for all participants, medals for winning teams, award/recognition for the top student athlete from each team, awards for All-Tournament Team as well as Tournament MVP.

Games will be broadcast on Tuesday and Wednesday live on iHigh.com and sent out around the world on America's largest school sports Network, iHigh.com.


Check back later today for another blog post!!!!  Thanks for checking out the blog, don't forget to follow along on twitter @TheConverseBlog and now on Facebook at The Converse Blog
Posted by James Martin at 10:11 AM